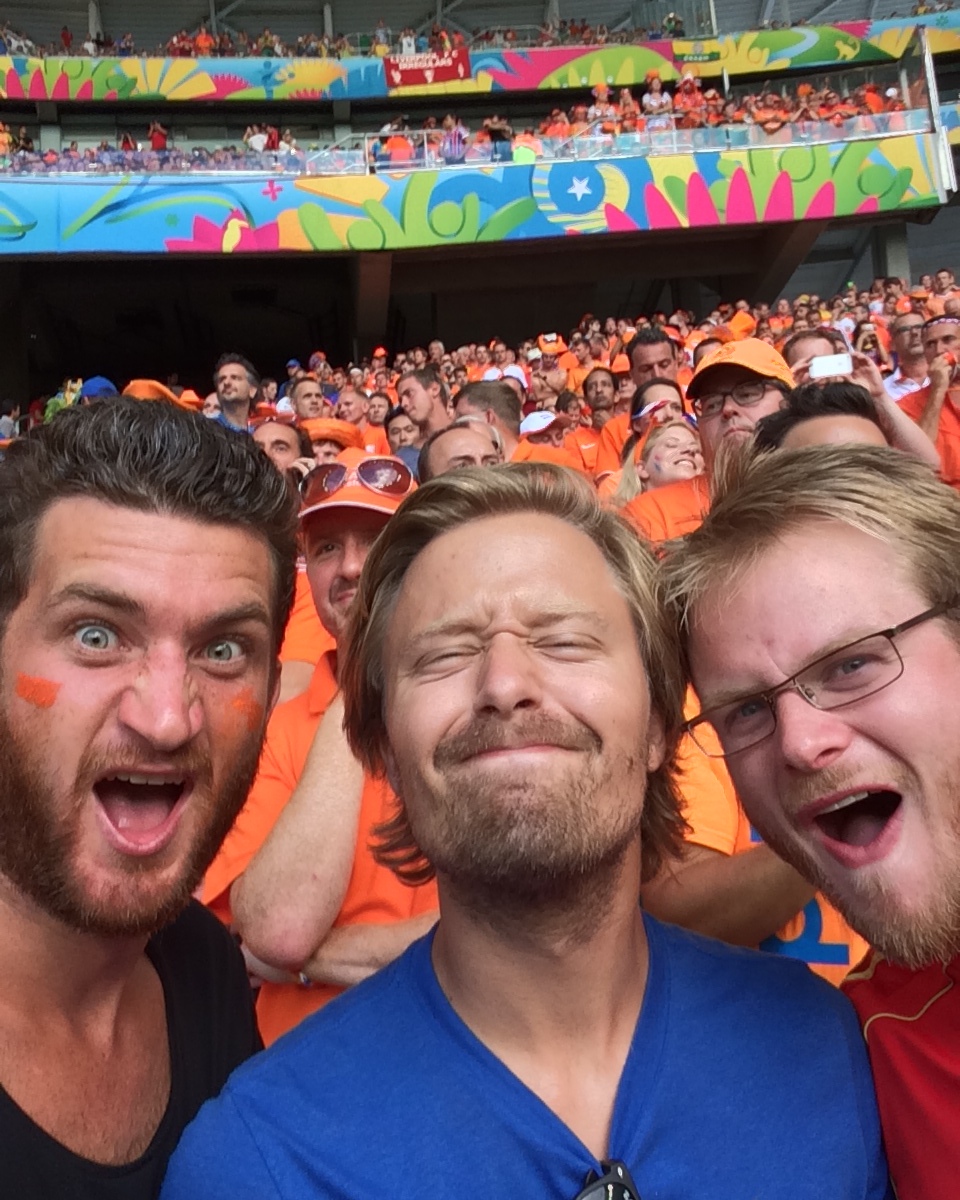 Day 2 saw a replay of the 2010 World Cup Finalists showing off in Salvador, what a welcoming party for the next month. Only one problem – we’re six guys with zero tickets. With that in mind, we all made our way early in the day to Arena Fonte Nova to have a bit of sniff of the scene.

We split the team in half and each threesome made their own way around the stadium. Tom, Dave & I found ourselves in front of the South Entrance, debating the likelihood of our chances of success here… we saw a huge group of Dutch supporters drinking outside a bar. After a quick chat we were able to get three seats together – we were pumped. We’re going. Our new friend hands us the tickets – Section 101, Row B, Seats 8, 9, 10. After over-celebrating our success we quickly realised these were Category 3 tickets (aka, the cheap seats), bit of a letdown but hey we’re still in the stadium right?

We grabbed a stadium map to double check these seats – we’re sitting on the corner flag. We’re back to euphoric again. Too excited to wait around we headed into the stadium to check it out. This stadium is off the charts (as we find out later, there really are no bad seats in the house).

I won’t break down the game as most people know the result but will say Spain’s implosion started early and was felt through the whole game. Five of the six goals were scored in our end of the pitch too – luck comes in waves though but we were fortunate the World Cup started off so well.

After the game we walked back down to Barra to catch the final game of the night down the Fan Fest.

Today was a good day.