The Software to Hardware Spectacle that is Snap Inc.

The road to Hardware success by Software-first companies is littered with the corpses of dead tech. After such an epic failure by Google Glass, Snap’s been under the microscope for launching Spectacles – but, surprisingly, they’re killing it. How has Snap, so far, succeeded where Google failed? It’s come down to exclusivity, making Specs all about fun, and being 100% consumer focused.

With upwards of 200 million DAUs on Snapchat, rolling out a mere few hundred pairs of Spectacles a day is pushing exclusivity to new extremes. On top of this, access has been restricted to fairly obscure spaces and places, meaning with a little luck anyone could own a pair. To date, Spectacles are either available from random locations by Bot (read: vending machine) or from a popup store off 5th Ave in NYC. The Bot’s fleeting James Bond style appearances have helped to maintain hype several weeks into the roll out.

Keeping the details to a minimum and focusing on the fun

For consumers and brands alike, Spectacles enable a fresh approach to content creation and storytelling. The circular video and (handsfree) point-of-view angle add another level of authenticity and intimacy to Snapchat content – seriously, it’s pretty cool stuff. As far as the actual hardware is concerned, Snap’s kept very quiet about the specifics. How long is the battery life? What’s the resolution? File type? How do Snaps get sent? Keeping the media hype around Spectacles away from the pesky technical bits has allowed the focus on fun and friends to overshadow any functional criticisms of the product.

The fastest way to spoil a hardware launch and make a product uncool is to give it to Tech Reporters. When someone mentions Google Glass the image that comes to my mind is tech reporter Robert Scoble’s now infamous shower selfie 🙈. 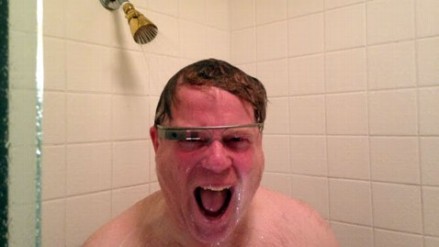 I wouldn’t be surprised if part of Snap Inc.’s launch mantra was:

“Don’t let Robert Scoble get anywhere near a pair of Spectacles.”

Sure, this pissed off bloggers and tech celebs who like getting shiny new toys and being the first to talk about stuff — it’s how they try and remain relevant in many instances. The problem is, they often focus on the limitations and what something can’t do, rather than what’s innovative and game changing. I definitely think the hype we’re seeing now wouldn’t exist had the first 500 pairs gone to this crew. I’m a big fan of Snap’s move.

Version One of Spectacles should be taken more as an indication of where Snap’s headed in the future. As they strengthen their product offering, dive deeper into the VR and AR space, and continue to innovate in social communications, Snap’s playing for keeps.

And — through Spectacles — the future of Snap Inc. looks pretty bright indeed.

Want to learn a bit more about Snapchat Spectacles from the (Mish) Gurus?

You should follow us on Snapchat (👇) and join our Mish Monthly newsletter community.

This post originated on Mish Guru’s blog, you can find the original here.