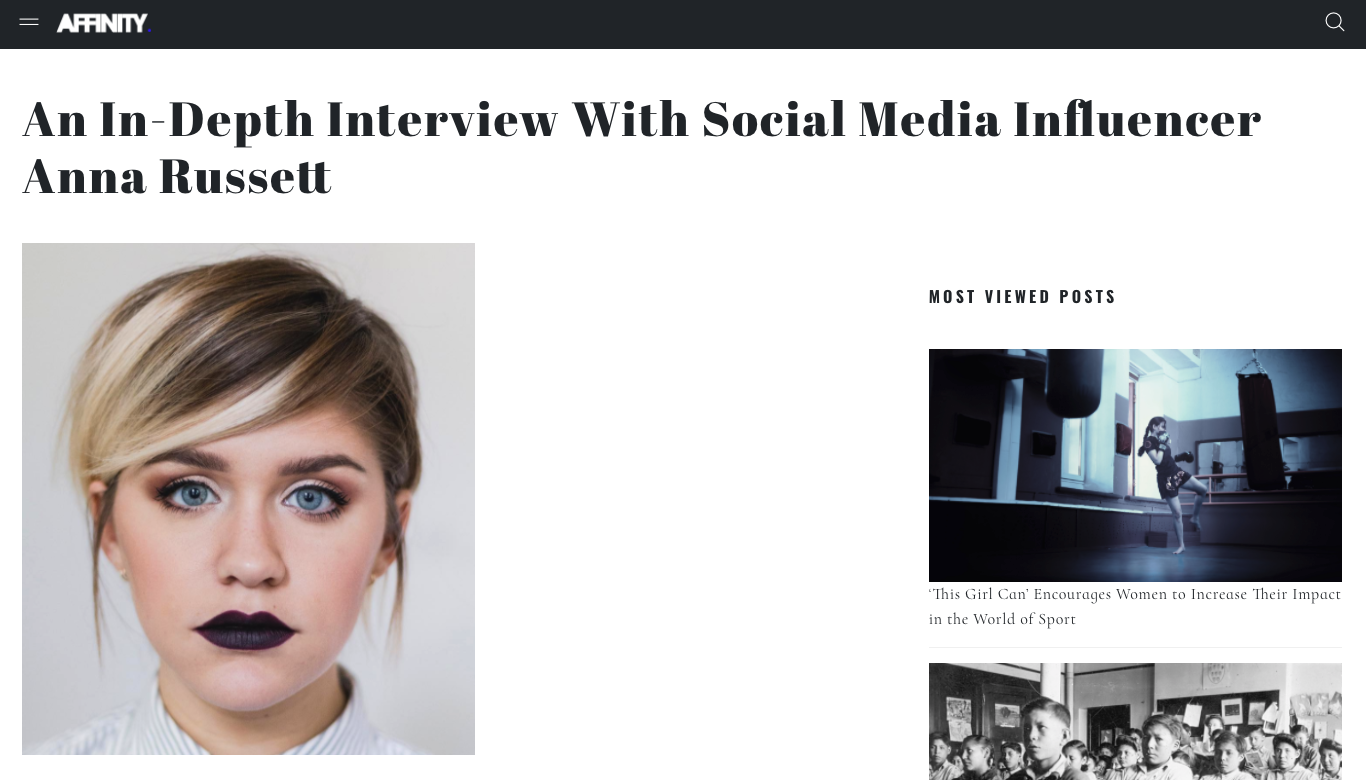 In late 2016 — which in start up years, was approximately 100 years ago — I dropped into Chicago for a few days to chat-Snap at Social Media Week & grab a few slices of deep dish (can confirm, both are a great time).

Anna Russett was one of the SMW speakers, and was the most on to it when it came to Storytelling. Anna hosted a session about How Snapchat is Redefining Traditional Media. The thing that was super epic about this presentation was learning how she’d built an audience across several channels and used the platforms to educate her fans and followers to be cognizant when it comes to (social) media. Or more simply, she gives a shit about the world around us and is actually doing something about it.

Chatting briefly afterwards we hashed an informal plan to run a campaign through Mish, amplifying the voices of her followers through Storytelling & UGC. We didn’t know what (or when) until a few months later when I got an email saying she wanted to do a UGC Story with her community on the Muslim Ban & how quickly could we get Mish involved in supporting by curating content and tracking analytics.

That night Anna created one of the most powerful conversations on the topic. It was overwhelming see what was coming in from her followers — not just in the US, but all over the world 👇

(s/o to Clare Cheyne for casually whipping this up among her mountains of Mish Guru things to do! It captures the power of the campaign perfectly)

Traditional Media picked up on it too, with several stories on the campaign and on Anna.

Flash forward 12 months and Muslim Ban: Our Voice has been nominated for two Shorty Awards👇

The results were truly staggering, and showed not only the power of UGC on Snapchat, but also the willingness of Millennials and Gen Z to engage in conversations about politics and the world around them in a real and genuine way to drive social change. A community of over 11,000 on Snapchat made 40 minutes worth of video.

“I want to thank Trump for bringing to light the racists in my high school,” said one Muslim young woman who said she’d lived through the recent civil war in Libya and emigrated to Canada with her family to escape from violence.

“No one in this world should be feeling less than other people because of their race or religion”, said another young girl with the caption ‘I’m so sad’

Many of the submission invited others to add them so they could continue the conversations. One group formed on that evening calls themselves “the potato gang” and has kept up a group conversation about their lives and politics. Anna met one of them in late 2017 who expressed their gratitude in person, and told her of their plans to meet up soon.

Votes are open, so if you feel this Story helped shape a narrative in a positive and innovative way — we’d love a vote (or two 😉)